Back at the Arts Center of the Capital Region for our 8th Season, with my co-host Nancy Klepsch & 10 on the sign-up sheet, beginning with me. I read my “award-winning” poem “At the Silarian Cafe” & a poem in reaction to watching TV coverage of the solar eclipse “Spathe is the Plathe.” 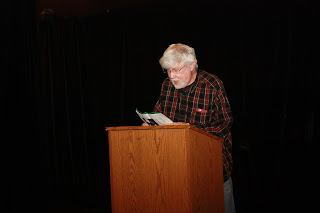 Bob Sharkey read a poem & asked us to name the author: no one guessed that it was the late John Ashbery; then Bob read a poem titled “Peak’s Island” about a summer job he had 50 years ago in Maine. Rick Harrienger began with a piece, “Query,” about his writing process, with the telling phrase “here in a safe place,” then what he described as an “even more introspective” poem “The Breaking of Dawn.” Howard Kogan read about a cousin “Jonathan” who was retarded, then a poem on modern poetry “Reading is Writing.” Mike Conner began with a poem titled “A Bell Rings Gently” about the recent death of a relative, then a piece on straight out of the news “Maple Blight.” 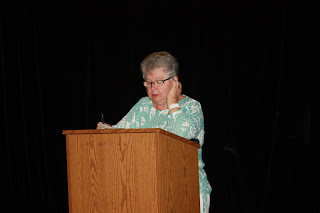 Inna Erlich has translated Russian poets into English & American poets (including me) into Russian; today she read poems she had translated into English by Russian poets Igor Gubeman & David Samoylov. Peggy LeGee read a piece filled with classical references about her job as a cleaner in Troy schools “Prometheus of the 3rd Floor Burning.” Dan Curley also read a classically based piece, a retelling of the Odyssey, in a sestina-like form. My partner in hosting here, Nancy Klepsch, read her Haibun written for Mark W. O’Brien’s Blog 36 Views of Ononta’kahrhon, “The Met Their First Resistance Here” on the rent-wars in the hill towns of Albany County, then a spoken word piece on the July 2016 shooting of Philando Castile. 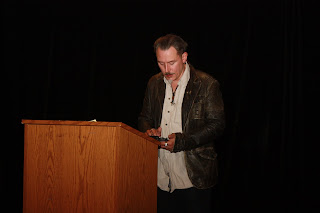 Host of the Troy Poetry Mission reading/open mic series right here in Troy, R.M. Engelhardt, read a couple of old serious poems, “Now Traveler,” &, from the days of the QE2 rock club in Albany, “Bless.” Karen Fabiane ended the afternoon with a couple poems with sugar in them in some way, one about an encounter at a Fair “Spun Sugar” & the other a fantasy restaurant “Karen’s Steaks & Chops.”