I’ve missed a few of these gatherings, but found my way back to The Low Beat in time to hang out & catch the open mic, with Kevin Peterson as host.

Josh started off with “Disassembly” which sounded like a youthful memoir about breathing fumes. I followed, & since it was Election Day in the USA performed “Put Down the Government Rag.” Jessie read a poem in which he talked about “folding 1000 paper cranes for serenity.” L-Majesty's poem “With Dignity & Justice For All” was for Brittany Maynard. 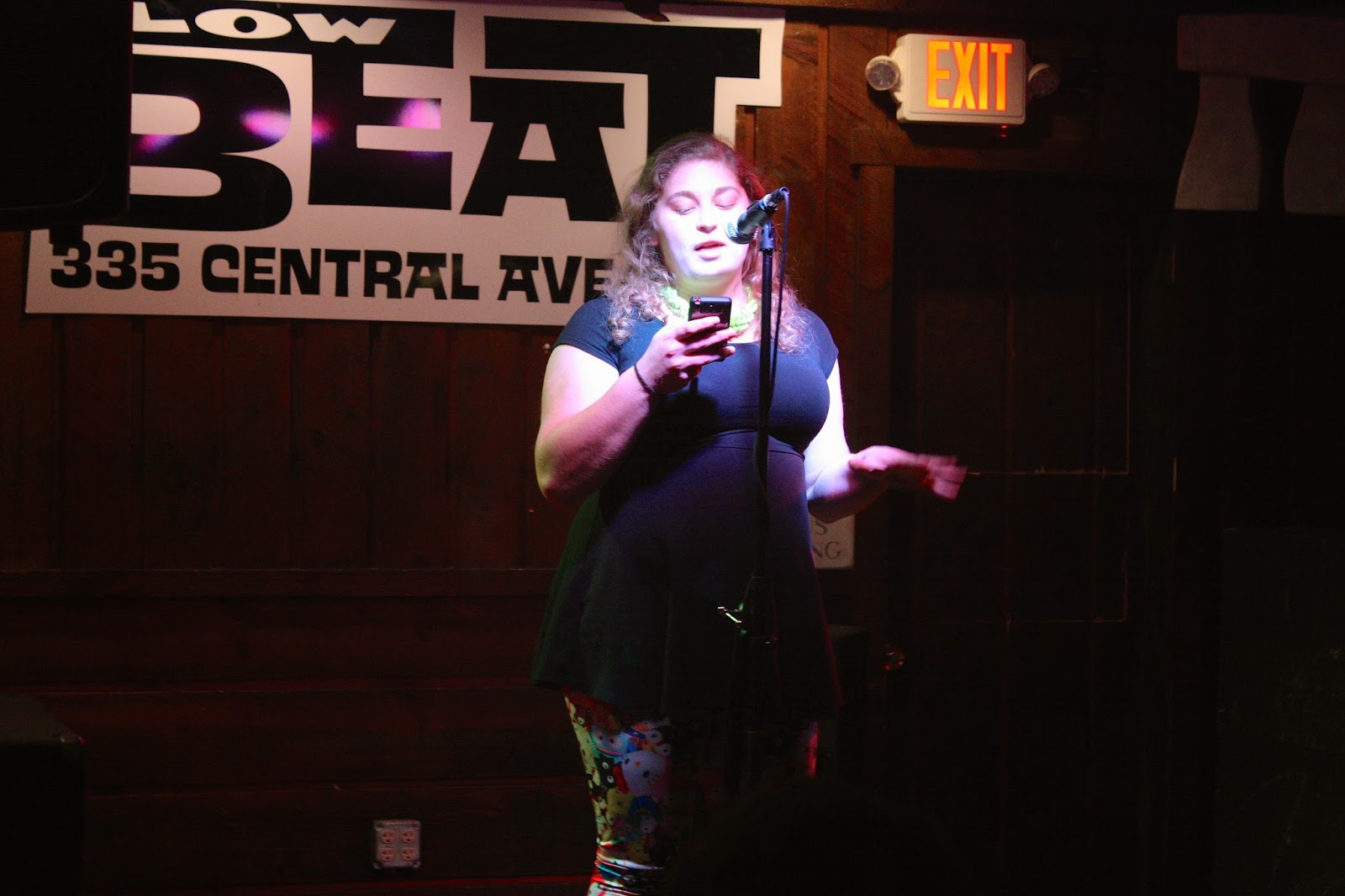 Ainsley’s poem was titled (I think) “Cojones” but it was about cooking. Brian Dorn’s poem was about looking for cooperation (in spite of its title, “Politics”). Mojavi read a new piece, from his phone, inspired by a student of his who was recently arrested — twice — “You Never Had A Chance.” Tenesha Smith did a very short piece that she dedicated to L-Majesty, then a more substantial poem, “Hands Up,” dedicated to black men who have been beaten by the police. The last open mic poet, Casey Fisk, performed “Do Not Bring Me Flowers” from memory, a clever poem playing with the names of flowers.

el presidente, Thom Francis took over hosting the Slam & I almost choked when he announced it would be a 12-4-2 Slam. The sacrificial poet, Brandon (from the Buffalo Slam team), set a high standard scoring 27.3. But with that many slamming in the 1st round there had to be variety & few pushed the 3 minute limit, including P.V. coming in at a shockingly short 1.2 minutes stringing positive phrases together free-form. Stephen rhymed, Mojavi read from his phone, L-Majesty sounded like he’d been to P.V.’s Church of the Positively Positive, Amani showed that Slam clichés get you 10’s (she got 3, but of course only 2 counted *); others included Anna, Josh Kent (talking to God from his phone), Jesse, Elizag, K.P., Jimmy (fighting a Civil War video game), & Shannon believing in happy endings. 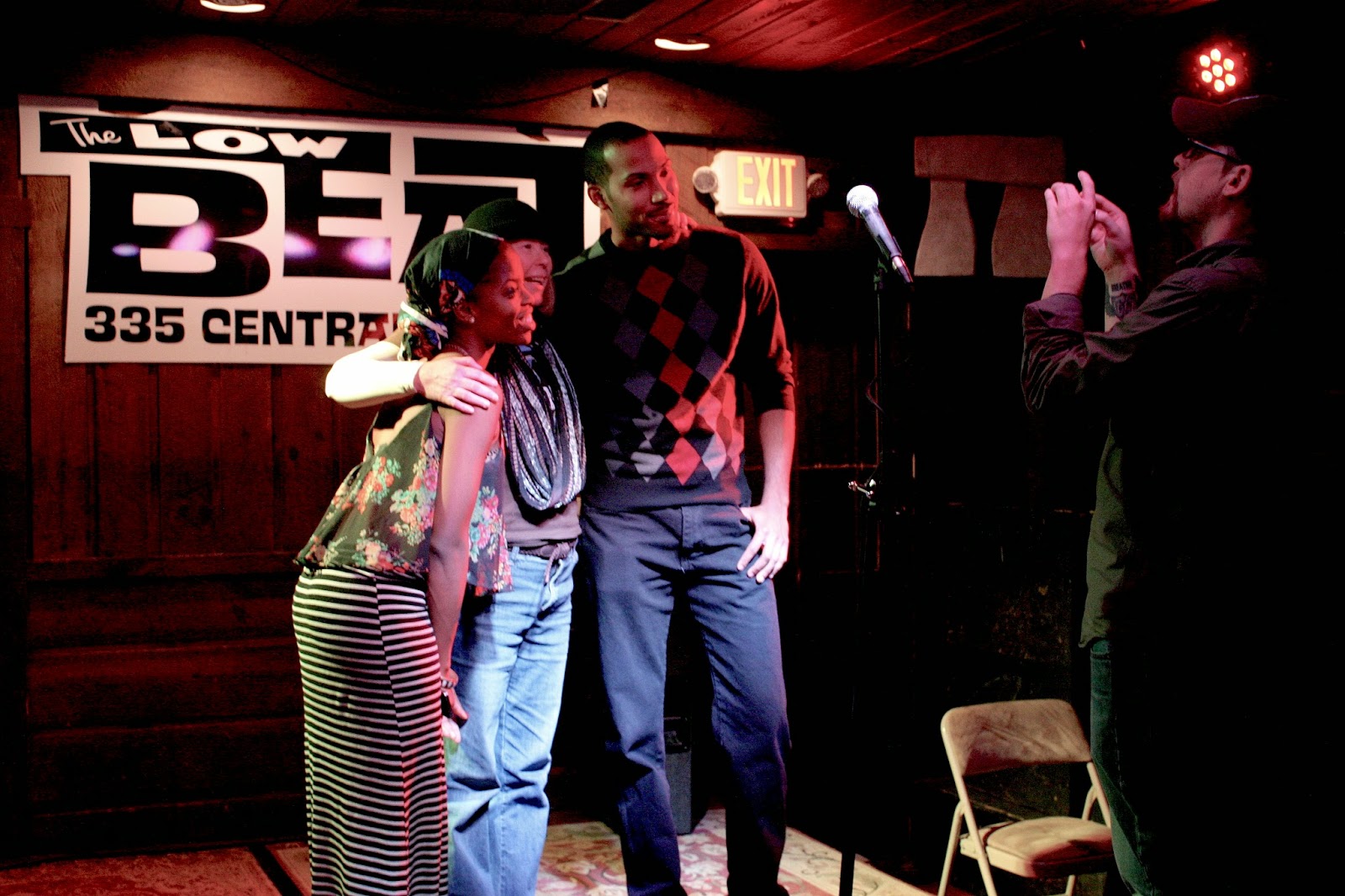 The Slams continue every 1st & 3rd Tuesday at the Low Beat on Central Ave., Albany, NY — with an open mic for the rest of us.