A great night of poetry, 3 poets whose work I’ve heard & like a lot, as this venue transitions back to its pre-pandemic format — more on that below. Carol Graser was our host once again. There were about 12 in attendance in-person & many others online for the live stream. 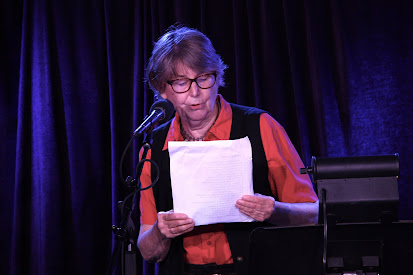 First up was Jackie Craven who hosts Writers Mic open mic on Zoom on the 2nd Wednesday of the month. She introduced her reading by saying that she likes “to write about the impossible,” then read a selection from her book of poems Secret Formulas & Techniques of the Masters (Brick Road Poetry Press, 2018), based on her mother’s Surrealist paintings. She then turned to some new poems, including some from a series in which the times of the day (e.g., 8:45) are personas who narrate their dilemmas. In fact most of what she read tonight were persona poems, in which the narrators where often objects, or even concepts/ideas. She also included a piece from her award-winning chapbook of fabulist fiction Our Lives Became Unmanageable (Omnidawn), then ended with a poem titled “To My Tongue.” You can find samples of her work at her website jackiecraven.com. 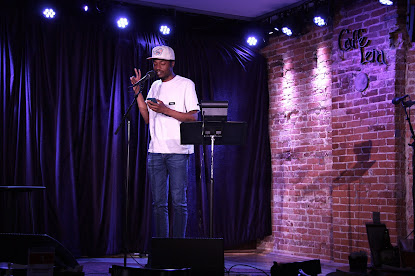 The poet in the middle was Ian Macks, who had frequented the open mic scene in Albany & Troy in the pre-corona virus day. He has book from Bottlecap Press titled A Loss and Gain of Comfort, but tonight read from a new book out soon from recto y verso editions Identity Crisis. That title pretty much sums up the themes of much of what he read tonight. There were personal poems leavened with his fervent & fertile imagination, that also reflected & commented on his experience of being a young black man in an urban setting, including a poem for Ahmaud Arbery (“Vein Popping Inconvenience”), another on the Black Lives Matter protests (“Milk”), & another about being stopped by the Feds while on his way to work. But there was tenderness too, particularly in “A Mother’s Love,” & of course a poem titled “Quarantined.” 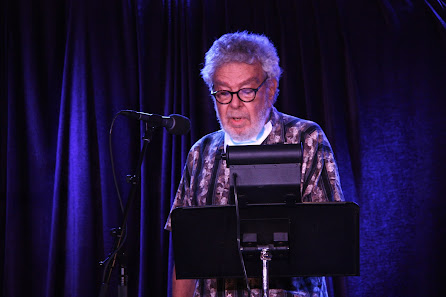 I had read with Richard Levine in the past in a program of readings by poets who were military veterans at the Bright Hills Literary Center in Treadwell NY & had featured him at the Third Thursday Poetry Night at the Social Justice Center in Albany, a friend & a poet whose work I admire. His Selected Poems is available from FutureCycle Press. Tonight he read primarily from a forth-coming book, & began with a couple of pandemic poems. His poems ranged from a poem for his grandfather (“Immigrant”), to a poem from his experience in Viet Nam (“From the Wild”), to one for a new granddaughter (“Restoration”). He also included an elegy that recently won the 2021 Poetry Award from the Connecticut Poetry Society “Is! - in memoriam, Joe Hayman.”

You can see the entire reading here at the Caffè Lena YouTube site. Carol announced that on August 4, 2021 for the 1st Wednesday poetry night, there will be a live open mic, then on the 1st Wednesday in September the poetry night will return to its pre-corona virus pandemic format of featured readers & an open mic for community poets. Check the Caffè Lena website for details.