1st Tuesday in June, so I headed over to The Low Beat in the Central Ave. entertainment grid for the Slam & open mic; they were operating with a skeleton crew of sorts. Kevin Peterson was the host for both segments tonight.

The 1st open mic poet was the night’s time-keeper/score-meister Avery who read, breathlessly, a “Thank-You” (to himself?) for all the wonderful things he has done. I hadn’t seen the next reader, Jimmy, before, & he would be on stage more later, he read “Yellow & Blue Poem.” He was followed by Steve who used his time to do an announcement for a benefit for folks with Juvenile Diabetes (but also was back later). Shannon Grant read from a well-worn loose-leaf notebook a creepy doll poem, “Dolls.” 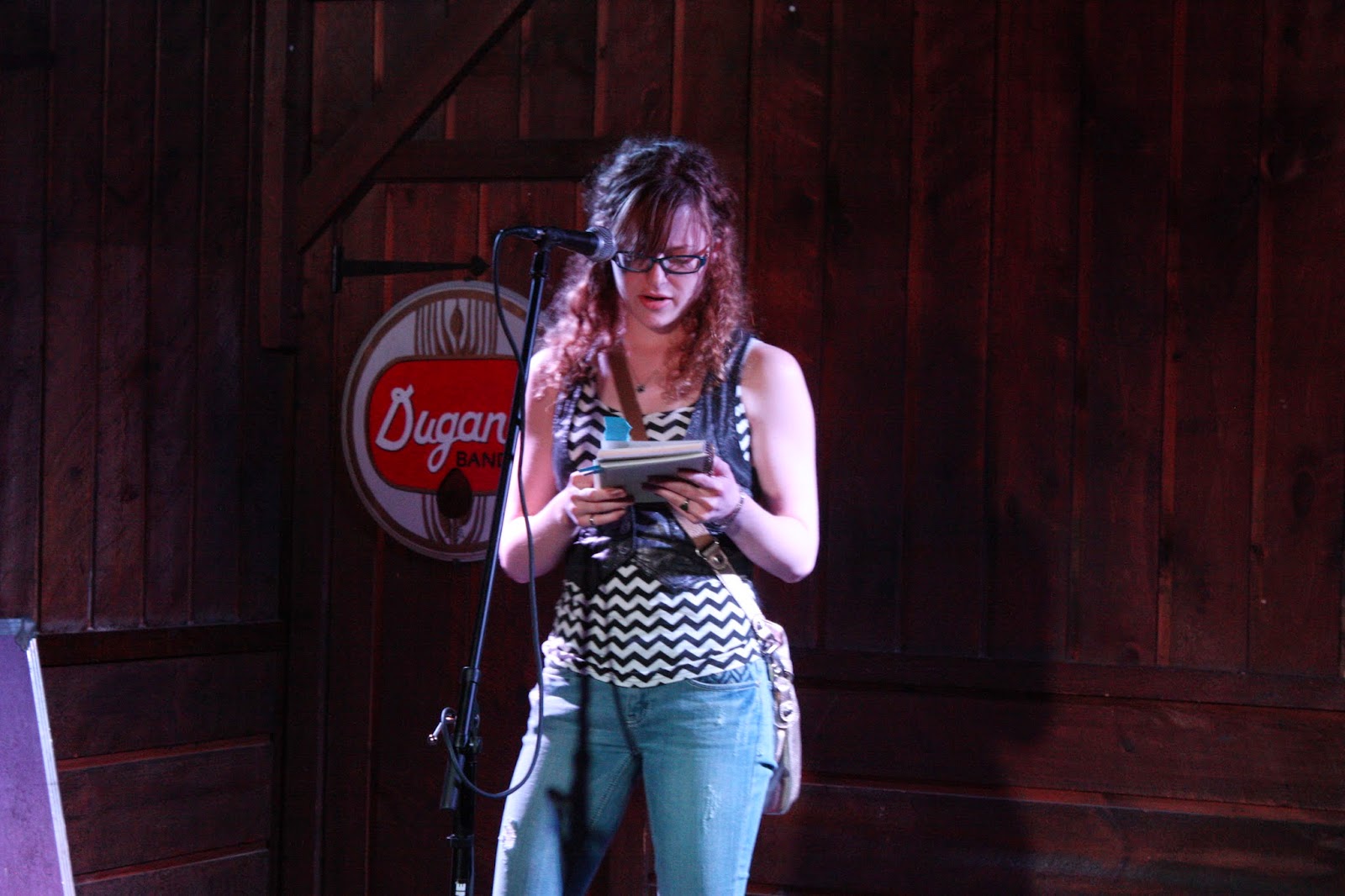 A new face/voice, Kalea, read a poetic piece, “The Cage,” trapped in a living heart. Anton read a brief poem about travel. Aaron B. said his piece “The Color of Pink” was his 1st ever Blog post. Emily read a poetic account of being at the Walt Whitman birthday celebration & her thoughts while being there, & said that since others had written similar poems, titled hers “Dan’s Poem” (ahh). Samson Dikemen read Ted Berrigan’s “Thoughts to do on Speed” which shows why Berrigan died young. The last open mic poet was another new face Deidre who read “Laughing Loves Good Company.”

Beginning the Slam was the “sacrificial lamb,” the calibration poet, Algorhythm, which meant I didn’t have to compete with him (not that I did any better for that). There were 6 poets in the Slam with Amanda setting a high standard out of the starting gate with a political rant, a score that wasn’t met until L-Majesty & Samson at the end of the round. Others in the first round were Anton, Jimmy, Steve appearing as “The Writer of Darkness” & me. I read “The Hundred Thousand Ten Thousand Million Buddhas” & scored the 5th spot, but the most amazing thing about it was that this poem which ends with the phrase “... to become 1,” timed out at 1:11.1 (!) — that was as good as winning the Slam!

For the 2nd round it was Samson, L-Majesty (for “Miss Angelou”), Anton (with a love poem), & Amanda with another political piece. L-Majesty ended up in 3rd place & Samson & Amanda duked it out & Amanda won with a love-sex poem with kisses in a McDonald’s parking lot. Normally that would be it, so why Kevin would permit Jimmy & “The Writer of Darkness” to come back up on stage one more time is beyond me. They did an anti-Yankee poem & no one listened.

AlbanyPoets has formed its 2014 Slam Team which will be traveling about the region competing at other Slam venues, but you can still enjoy the tension & competition of Slam, as well as the unpredictability of open mic poetry every 1st & 3rd Tuesday at The Low Beat on Central Ave. in Albany, NY. Check out albanypoets.com for details.
Posted by DWx at 8:44 PM