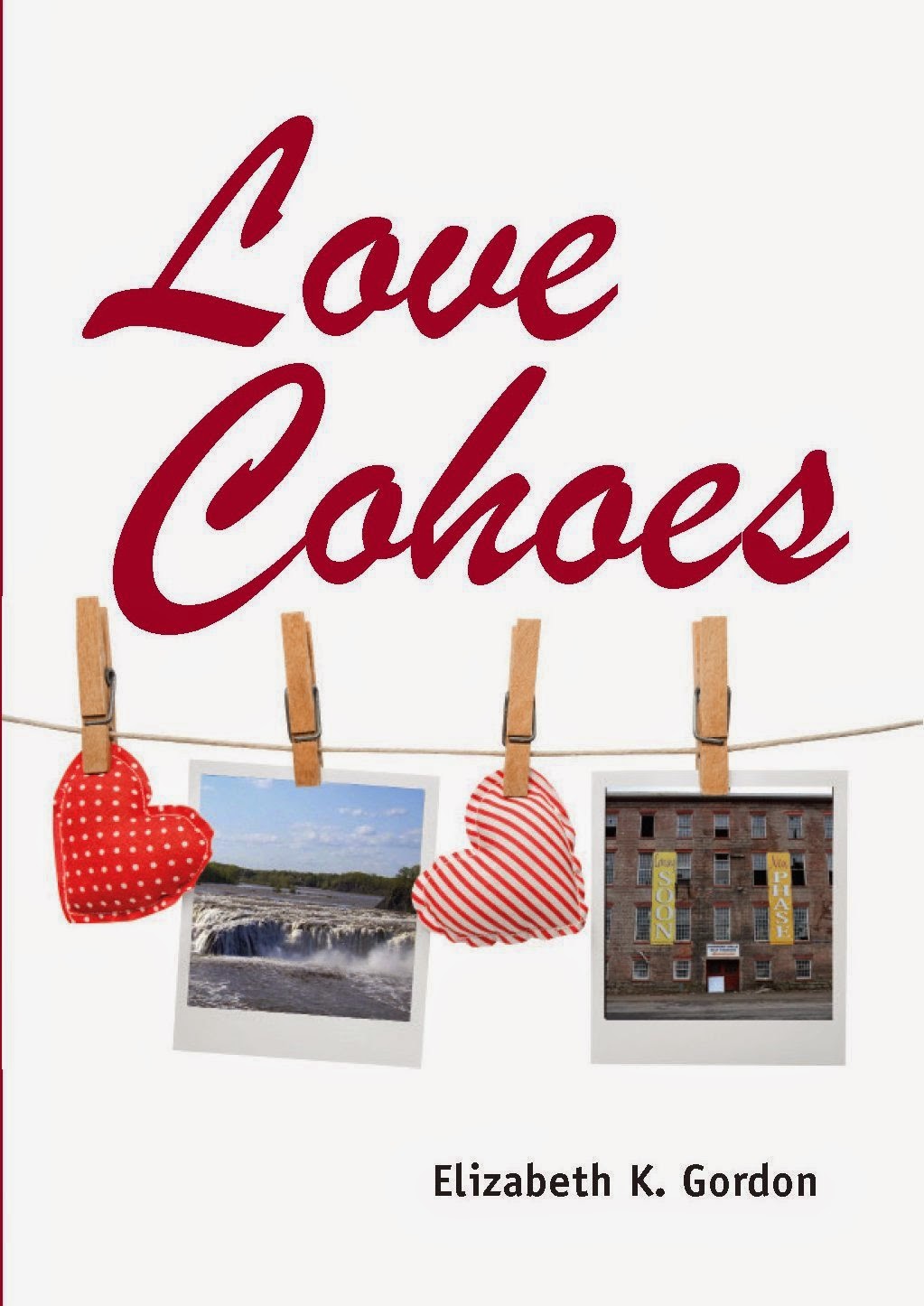 I admit to a penchant for “poems of place”: William Carlos Williams’ Paterson, Charles Olson’s Maximus, Hart Crane’s “The Bridge,” Walt Whitman’s poems of America, C.P Cavafy’s Alexandria, Charles Baudelaire & Paris. So how could I not like this attractive little book, especially since I enjoy so much the energy & engagement of the performances of this poet also know in the Slam world as Elizag.

Half the book is “The Clotheslines of Cohoes,” poems about the people & the place where she lives, under the mist of the Cohoes Falls; the other half of the book, titled “What Grace is For” is a (welcomed) collection of her other work, largely Slam/performance pieces, many of which I’ve seen her perform, some more than once, but never had before the pleasure of a text, a script.

The Cohoes Falls (& the adjacent housing, once for the mill workers) is an attraction to which I often drag out-of-town visitors. It’s a spectacular vista, especially in the Spring with the run-off from from the rivers & streams but still stunning in the Winter & peaceful in the Summer & Fall. Visitors are always impressed by the Falls, but also by the working-class housing sitting right there over-looking the next-best-thing to Niagara Falls.

Elizag’s poems capture this place, and the details of the everyday working-class existence in a dead mill town. I remember the first time I heard her read “The Cats of Cohoes” with its mix of characters both human & feline, how the few lines made the place real. & in the true spirit of poems of place, there is the back-story, from the native people who gathered right there to make peace (“The Great Peacemaker”), to the Irish fleeing the Great Famine, to the more recent racist segregation in whose shadows she still lives. The tour-de-force “The Clotheslines of Cohoes” is an eco-poem riffing off Allen Ginsberg’s “America.”

I am glad to have the texts collected in “What Grace is For” as well, not just for the performance pieces such as “First Date” & “Are You Really Working Class? Test Yourself,” but also for the wonderful surprise of “Sketch for a Hummingbird.”

As I add this marvelous book to my shelf I realize that my “poets of place” list doesn’t include any women, forgive me. But now the list does, with “Love Cohoes.” Thanks Elizag, & keep at it.

Love Cohoes is published by Crandell, Dostie & Douglass Books, www.cddbooks.com, who also published in 2007 Elizag’s tender & moving memoir Walk With Us: Triplet Boys, their Teen Parents and Two White Women Who Tagged Along, both available at Amazon.com & from the author at readings.
Posted by DWx at 1:59 PM

From Therese L. Broderick - It is a wonderful book! And your review, Dan, is wonderful, too! As for other local women who write books of place-poems, might Bernadette Mayer qualify, with her books on Troy and on East Nassau?

Hmm, Helens of Troy is a sure bet but I don't know the book on East Nassau -- can't be very big, can it?