The Albany Symphony American Music Festival was held May 31 to June 4 with multiple events each day. I decided early on that I would get a full festival pass rather than just attend 1 or 2 performance as I had in the past. By the time Sunday rolled around I had been to 7 performances from Thursday on, including this Friday evening poetry event. Poetry Theatre was held at the Troy Kitchen, where Poetic Vibe takes place each Monday. The event was run under the auspices of “Next Gen,” apparently a way for the ASO fund-raisers to tap into the affluence of the upwardly mobile millennials (I think we used to call them "Yuppies" back in the last Century). 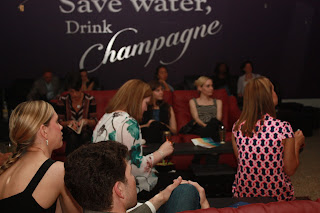 Interestingly enough, Poetry Theatre turned out to be a local poetry event where there was nobody I knew. Oh, I recognized some of the folks associated from past ASO events, but I didn’t know them & they didn’t know me. & most folks there were much better dressed than I was. Yet, like some other notorious Trojan poetry events, they started more than a half-hour late, but unlike some other notorious local poetry events kept the poets on a short leash. Perhaps the delay was intentional as the event was really a meet-&-greet, & quite likely the first poetry reading for everyone there, except for the poets & me. There were 3 readers, apparently also, appropriately enough, “millennials.’ 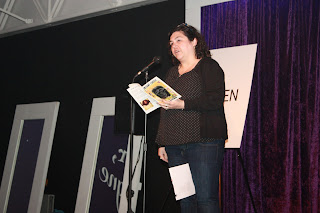 Justin Cook, ASO Marketing Manager, finally introduced us into the 1st movement with poet Erica Kaufman, who is the Associate Director of the Institute for Writing & Thinking at Bard College (who knew there would be a director for thinking at an institution of higher learning?). She began with the last poem from her book Instant Classic (Roof Books, 2013) based on, quite tangentially Milton’s Paradise Lost. Then on to a new book in progress, Post Classic, based on Homer & Gilgamesh, a series of short poems, in faux persona “I”s. She seemed to be put off by the ambient noise from the food court half of the Troy Kitchen, which is de rigeur for poets experienced to reading in bars & coffee houses. 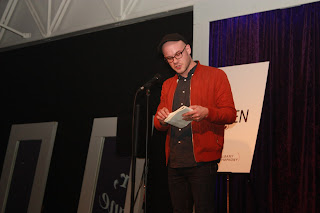 Brooklyn poet Danniel Schoonebeek began with selections from his first book of poems, American Barricade (YesYes Books, 2014): “When a Thief Dies,” “Whole Foods” (a fantasy of looting of the store, quoting Milton (again) at the end), & a poem referencing Emma Lazarus. Perhaps he was the token bomb-thrower in the party of the future Robber Barons, as he continued with poems from his forthcoming book Trébuchet (from University of Georgia Press), including one titled appropriately enough “Trojan,” & one about facts about Andrew Jackson, & the title poem hurling nasty things on publishers & the ruling class, all his poems filled with the thrill of outlandish images. 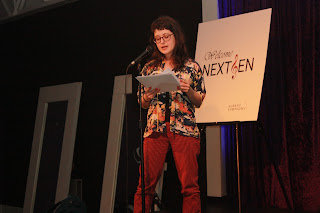 Both of the first two poets read poems heavy with an a prominent, but not always autobiographical, “I” & the poems of Sara Wintz, from Rhinebeck, continued that trend. She read from a work-in-progress titled “Everyday Fashions,” then on to a string of short poems without titles, juxtaposed with the vendors of the Food Court calling out numbers for the customers’ orders, sort of like the piling up of everyday details for importance that characterize her poems. An intriguing & characteristic piece in this manner was a love/sex story about looking for the Cedar Tavern on a date in the Village, “On the Night We Met in New York.”

For me, it was then on to EMPAC for the annual Dogs of Desire concert tonight & many more performances throughout the end of the week. Perhaps if the ASO decides to include a poetry reading as part of its annual American Music Festival next year they can be convinced to include some of the local wordsmiths in their program & attract local poets to their festival so that I won’t have to be so all alone.
Posted by DWx at 4:17 PM