Back at the Robert Burns statue in Washington Park, Albany, NY for poetry in July. We’ve been doing this for 24 years, or more, depending how you count earlier summertime poetry series, all inaugurated & originated by Tom Nattell. I’ve been hosting it now since 2005.

Tonight’s reading was well attended, on a breezy, pleasant Summer eve. And during my introduction (that includes the history of the world, or at least that of Poets in the Park), in addition to the usual loud traffic, motorcycles & helicopters, a small motorcade of enthusiastic honkers drove by, led by an open convertible with young woman in a bright gown waving from the back seat — life in the big City! 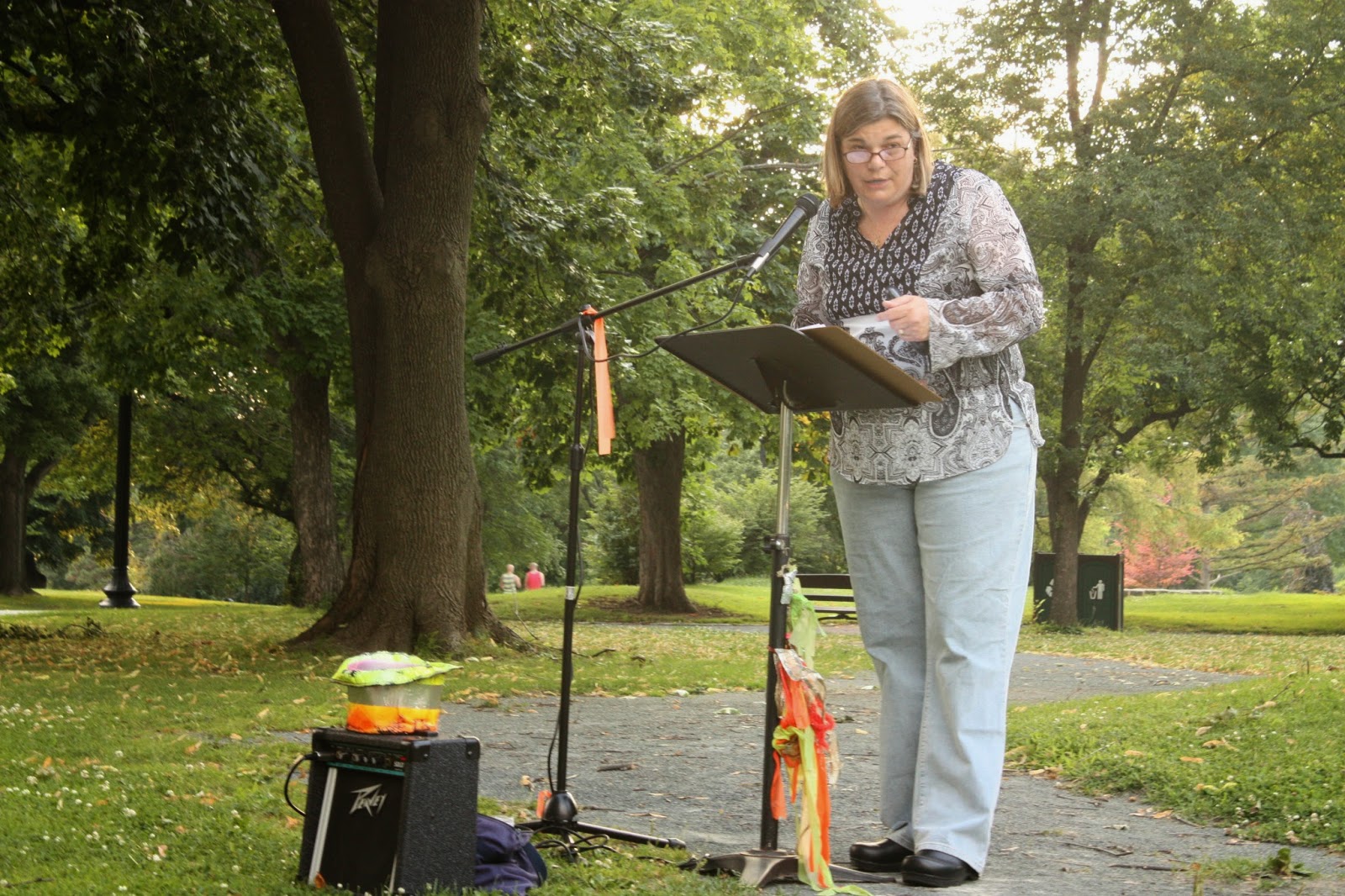 Nancy Klepsch was the first reader. Nancy & I co-host the 2nd Sunday @ 2: Poetry + Prose Open Mic at the Arts Center in Troy. Nancy has been a long-time member of the local poetry community, & worked with Tom Nattell to produce Poets Action Against AIDS, & read in the Poets in the Park series back in 1991. She began her reading with a poem dedicated to Tom, “Invocation,” then to one inspired by another local poet, Elizabeth Gordon, “The LGBTQ - LMNOP in Me.” From these “older” pieces she moved to some “super-new” poems: “The Modernist House,” to an untitled love poem, & to a poem based on a phrase in a Robert Frost poem imagining what a “A Queer Horse” what he might have said. “2nd Sunday” was about our open mic in Troy, it was a retrospective of the readers & of the year in her life. Other poems were based on visits to P-Town (Provincetown, MA for those of you who are land-locked): “Miss Richfield 1981” (a P-town drag queen), “I Wish You Had Lost Your Boarding Pass” (about Gaëtan Dugas the airline steward who purportedly spread the AIDS virus), a poem to Harvey Milk & herself (& others) “We Need an Army of Harveys,” & the contemplative “Beachhead.” She ended with a poem on technology, reacting to her students, “My Cells.” 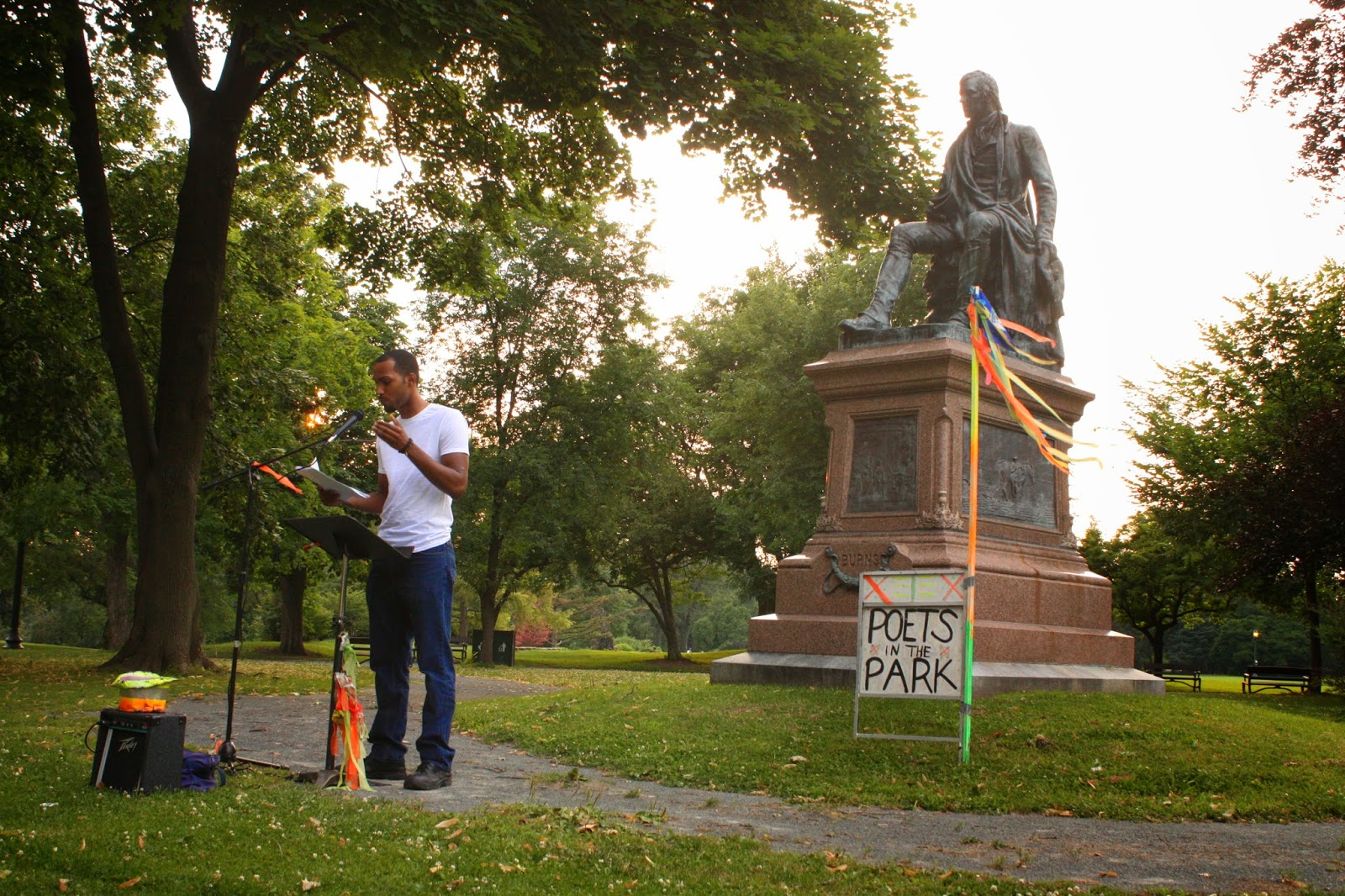 There was an attentive, appreciative, generous crowd that night, enjoying the poetry & Summer breeze in the Park. Poets in the Park — Saturdays in July, at the Robert Burns statue. Free!
Posted by DWx at 1:37 PM