Took a drive North to Saratoga Springs to Northshire Books, an independent bookstore, part of a mini-chain of 2 stores, the other in Manchester Center, Vermont.  Poets Paul Pines & Sherry Kearns did a reading, & were introduced by owner Barbara Morrow.

In one of my previous incarnations in NYC, I knew Paul Pines as the owner of The Tin Palace, jazz joint on the corner of Bowery & 2nd St., a couple blocks from my apartment on the corner of 1st Avenue & 2nd St.; it was my favorite neighborhood bar. There were also the occasional Saturday afternoon poetry readings there. I recall seeing Kenneth Koch, Susan Sherman & Kathy Acker read, among others I can’t recall. & I do believe that Eileen Myles waitressed there at one time. Paul sold the place, but the new owner continued it as a jazz joint. Paul went on to write a mystery thriller The Tin Angel about The Tin Palace & has since settled in the North Country where he churns out remarkable books of poems & runs the annual Lake George Jazz Festival. 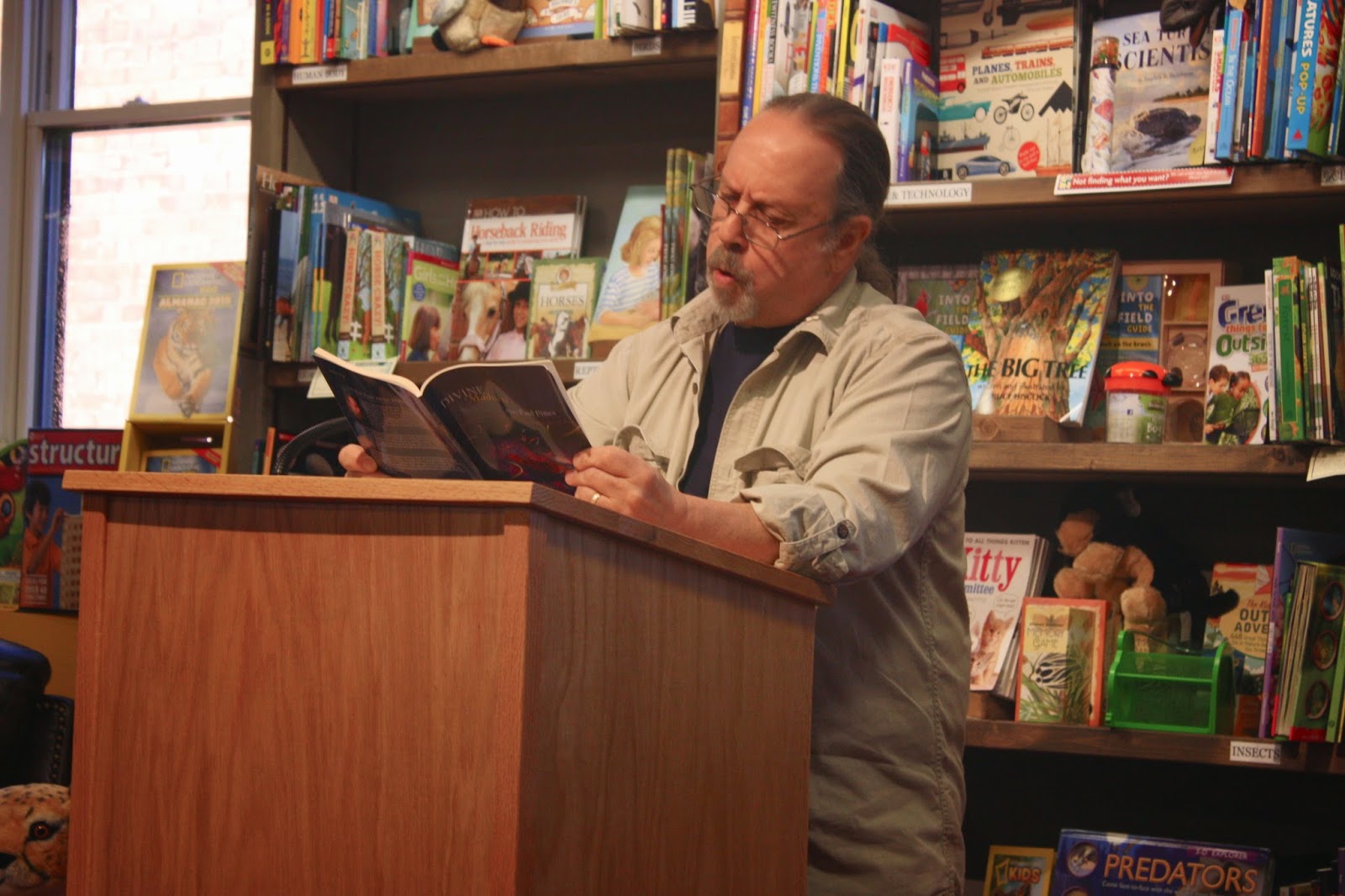 Tonight, the poets read in 3 short, alternating sets, grouped by themes, or, in Paul’s case, by books. He began with a selection from Divine Madness (Marsh Hawk Press, 2012), with poems focused on persons real or mythical, such as Hephaestus, Tom Paine, Leonard Bernstein, Van Gogh. In his 2nd set he read from The New Orleans Variations & Paris Ouroboros (Dos Madres Press, 2013), including some favorites of mine, “Hello from NOLA,” & “Whistler’s Blue/A Nocturne.” For his 3rd set he read from a mss. of “Charlotte’s Poems” for his daughter, one poem about her at 16 as a funny “evil Communist dictator,” the other about her heading off to college. Paul has new book out this month, also from Dos Madres Press, Fishing on the Pole Star, so watch for future readings from this book of poems about fishing in the Caribbean. 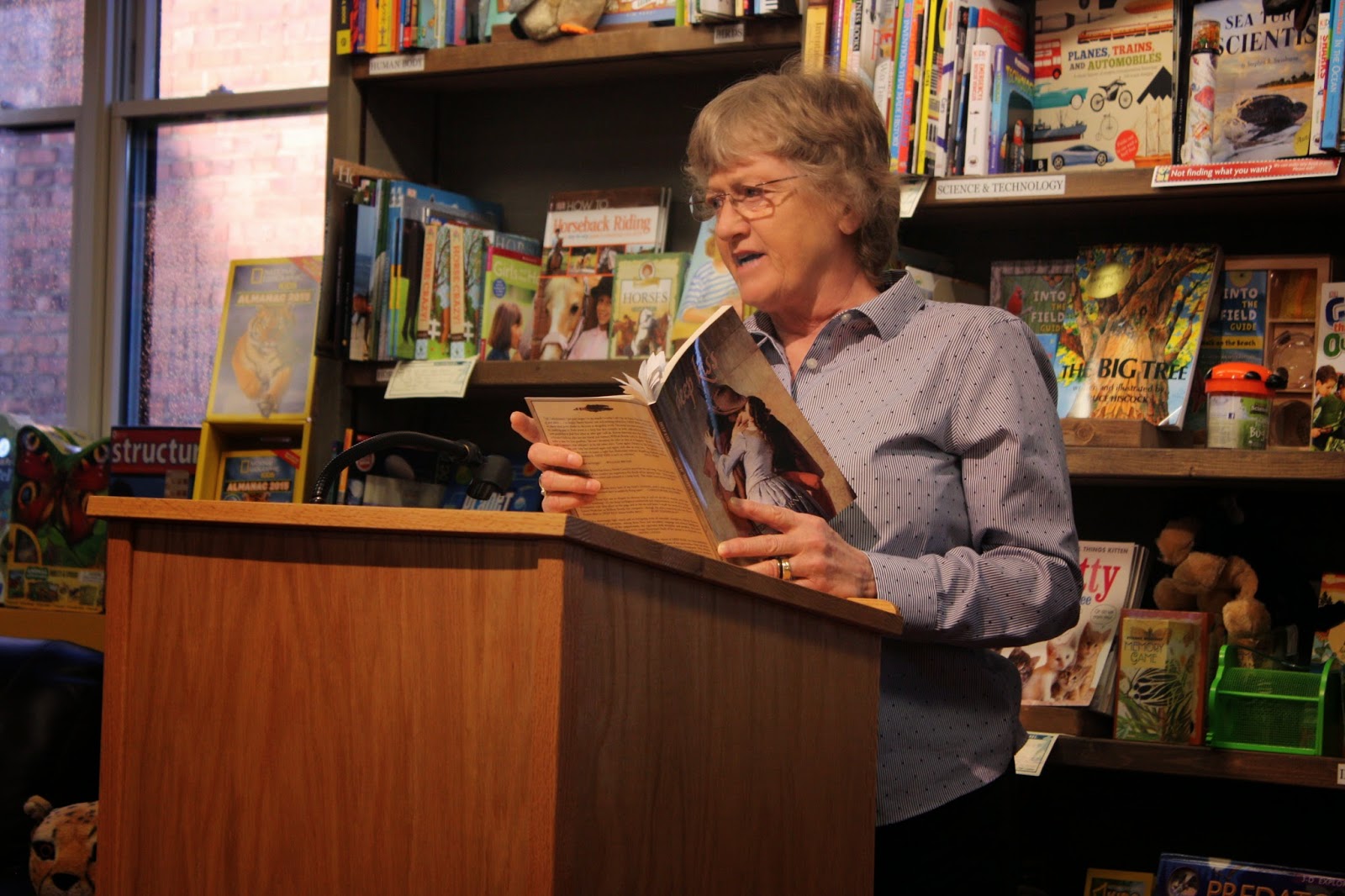 Sherry Kearns read from her book, Deep Kiss (Dos Madres Press, 2013).  Her first set’s theme was “artist as representative” with poems on Bogart, Jack Gilbert, Robert Bly, Philip Roth & William Bronk. Her 2nd theme was about being “a representative of the impulse to create,” with most the poems as short, aphoristic meditations. The theme of her final set was about “the extraordinary in the ordinary,” including some poems on aging, such as “The Old Thrill Seekers,” & “The Bust Up,” but also “Party Clothes” (which, she explained, since it was about the 1960s, meant “no bra”).

The alternating short sets made for variety, breaking up the pattern of the poems & voices. But the work of each poet was interesting & engaging in itself, the poems accessible, often seasoned with humor, keeping the audience attentive.

Check the Northshire website for other upcoming programs & visit the store when you are in Saratoga Springs — the big chain bookstores are closing, but the independent bookstores are our neighbors.
Posted by DWx at 3:50 PM